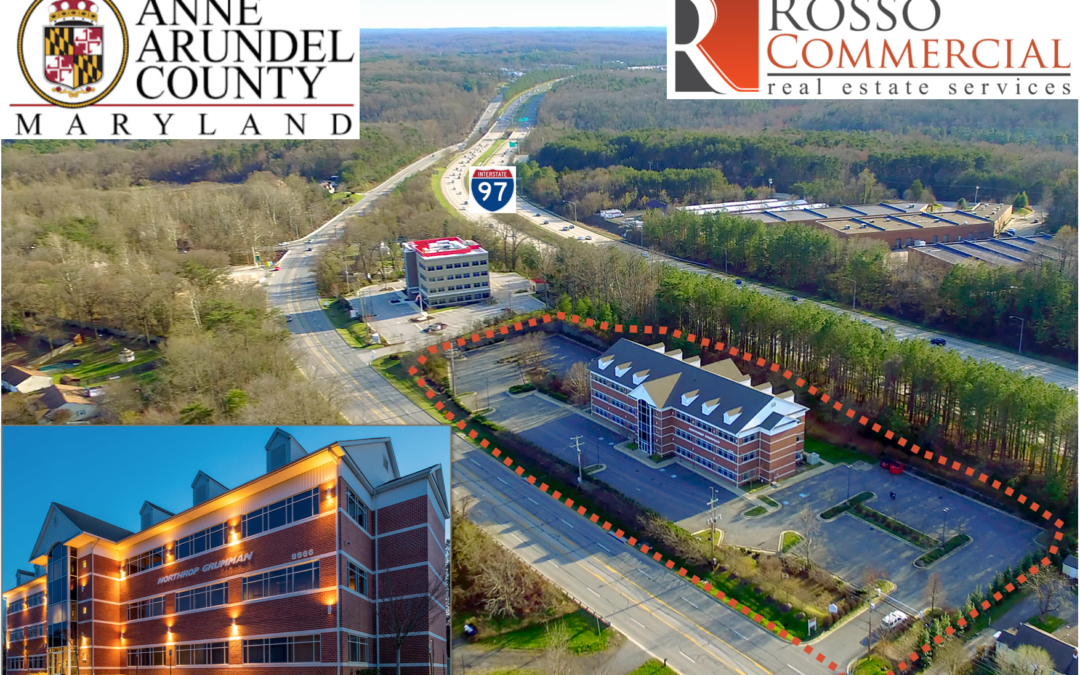 John Rosso of RCRE indicated, “The Police Department had planned to move the aging CID (Criminal Investigations Division) offices, which house the department’s major crimes units, to a different building at the intersection of Generals Hwy & Veterans Hwy in Millersville. Northrop Grumman vacated Severn Commons in June, and the Ownership of the property decided it was time to sell. Our firm teamed up with Ten-X to sell the asset. Anne Arundel County identified this property as a better opportunity for CID as it allowed them to save significant tax-payer money and take advantage of significant infrastructure that was completed for Northrop Grumman including upscale interior build-out, multiple backup generators, Liebert cooling systems, tiered conference facilities, and much more.”

The criminal investigative division oversees investigations of homicides, robberies, child abuse, sex crimes, gangs, missing persons, white collar crimes and auto thefts. The Anne Arundel County Council had a rare special session in August to discuss plans to move the police department’s criminal investigative division, and how the possibility of purchasing Severn Commons would require less renovation work and save the County significant money. The fiscal 2018 budget, which the council passed in June, included $6.1 million to purchase land and plan for the CID relocation project, plus another $8.6 million for renovation work in fiscal 2019 for the previously contemplated new facility on Veterans Hwy. Severn Commons, also on Veterans Highway, was purchased $4.55M million, and because it was built more recently, shouldn’t require much in the way of retrofits and ultimately should be a cost-savings to the County. Owen McEvoy, a spokesman for County Executive Steve Schuh, said buying the building could save the county as much as $6 million over the next two years. The County CID expects to move into the new offices within a year.

For more information please contact RossoCRE at 410-260-0903 at www.RossoCRE.com.